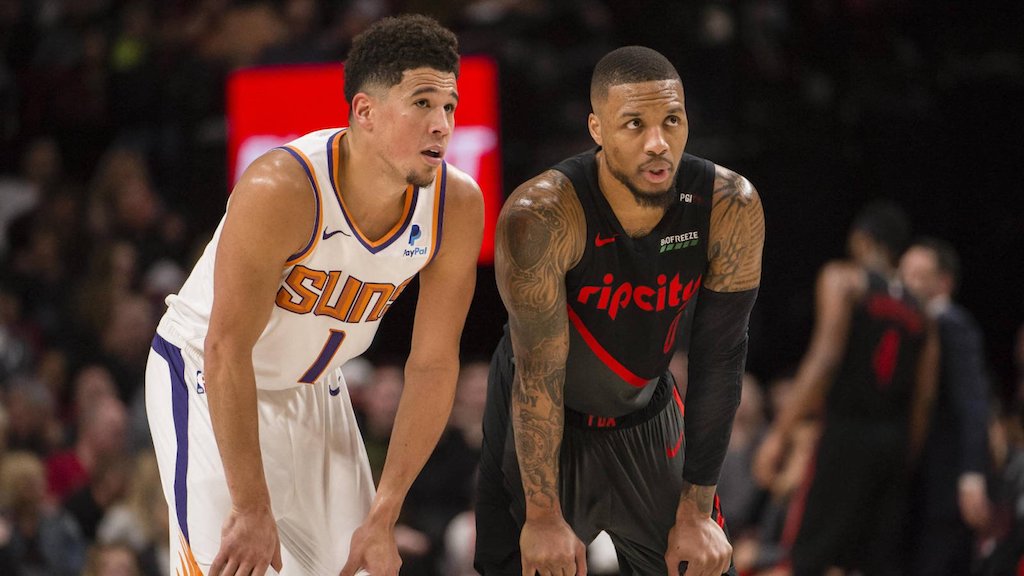 Most NBA bettors are more concerned with point spreads and game totals. What they fail to see is the profit potential in betting NBA 1st half team totals.

The smarter bettor that does his research can find exceptional value in betting NBA first half team totals. Here’s how.

Betting NBA 1st half team totals is different from game totals. While the typical NBA totals bettor is looking at a team’s record, past performance, points per game, and other factors; the first half totals bettor can zero in on some lesser-used statistics.

This season, you will find that Denver and Portland get off to the fastest starts in games scoring an average of 31.4 points in the first quarter. Milwaukee is fourth in first quarter points scoring 30.6. The Bucks lead the NBA in first half scoring with 60.7 points per.

Bettors can also look at it from the other end. Utah, New York, and Phoenix allow the least first half points. The Jazz give up 52.1 and the Knicks 52.3 in the first half.

When betting first half totals, one thing to consider are underdogs playing against a heavy favorite. Take Cleveland (13-21) playing the Eastern Conference leader Philadelphia (22-12).

When the teams played on Feb. 27, the Sixers were an 11.5-point favorite. Oftentimes, big favorites come into a game like this and start slow. They lack motivation knowing that they should easily beat the opponent.

The opponent is motivated to defeat a team like Philly and plays well, especially early. This is something to consider when betting first half team totals.

Knowing the Cavs are a strong defensive team (11th in both first quarter and first half points allowed), a play on the First Half Under would have cashed.

Don’t worry, paying for sports picks is nothing to be ashamed of.

Analyzing schedules can help a NBA 1st half team totals bettor too. Teams playing the second night of a back-to-back will likely come out slow in the first half, especially against a team that is rested.

Teams on long road trips may suffer early in games because of the travel. On the other end, teams playing at home benefit from sticking to a certain routine. Plus, home teams typically play better in the comforts of their home arena.

Betting NBA first half team totals allows smarter bettors the opportunity to utilize their in-depth knowledge of the game to their advantage. Combined with solid research, betting first half totals is a niche that can be extremely profitable for the savvy, smarter NBA bettor.