Betting on the CFL 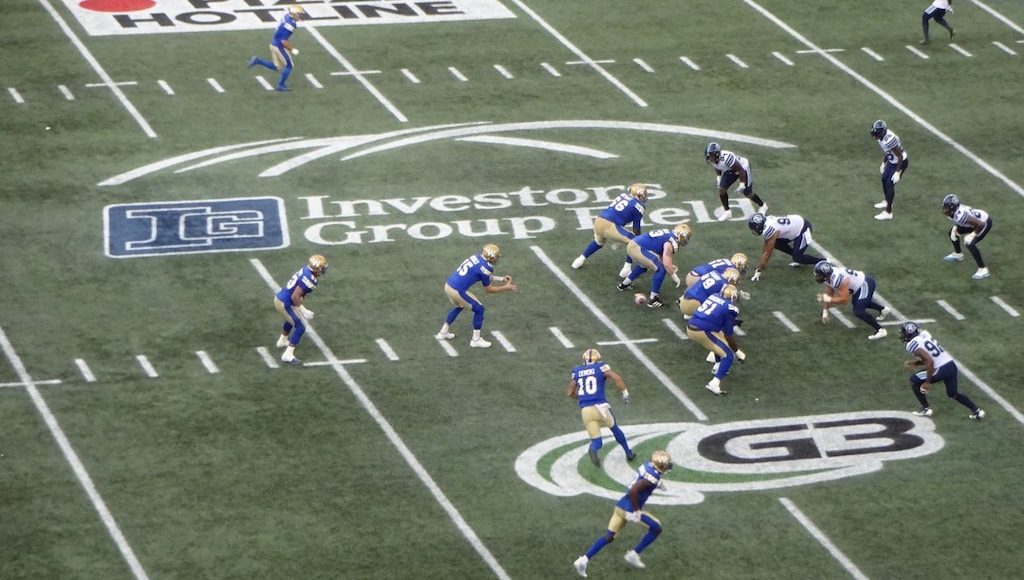 Betting on the CFL can be extremely profitable.

– Betting to win in the CFL begins with understanding the game and how it differs from the NFL.

– There are a number of winning strategies that can be employed when betting on the CFL.

Betting on the CFL

Early each summer while NFL fans are searching for the latest information on upcoming OTAs and minicamps, CFL bettors are pulling the trigger on bets. Betting on the CFL provides winners for those bettors who have done their homework and understand how the league works.

The Canadian game is a bit different from the NFL, but it can help any bettor get more wins and add to their bankroll. In the CFL, there is much less to handicap and sportsbooks don’t spend as much time developing odds.

If you aren’t already, you should be taking advantage of the CFL betting markets.

Know the CFL When Handicapping

The CFL consists of just nine teams. They are organized into an East and West Division. Teams play an 18-game schedule that starts in early June and culminates in November with the playing of the Grey Cup championship.

The game is different from that of the NFL. Offenses have three downs to make ten yards for a first down. The field is 60 yards wide and 120 yards from goal line to goal line. The end zones are 25 yards deep.

These rule differences play a role in helping to handicap games. The big difference though is that bettors have much less to handicap. Unlike the NFL and its 32 teams, the CFL has nine teams.

In a given week, the highest number of games played is four. Bettors can work through four games much easier than they can 16.

The other key to know is that sportsbooks don’t put the same amount of effort into odds and lines for CFL games. The betting handle, of course, is much less than that of the NFL so sportsbooks put their collective focus where the money is. Smart bettors will find plenty of CFL betting opportunities as a result.

The Under Opportunity When Betting on the CFL

One of the big opportunities in betting on the CFL is taking the Under. With the bigger field and only three downs to get 10 yards and a first down, you would think that Canadian offenses would produce all sorts of yards and points.

The more interesting case is the CFL game in which the total is 52 or higher. Remember, the recreational bettor likes to bet the Over. Oftentimes, this leads to some inflated lines. Regardless, since 2005, the Under has hit 59 percent of the time in CFL games with a total of 52 or higher.

One CFL betting strategy then is to target high-total games where the total is set at 52 or higher. There are many ways to win when betting on the CFL.

The beginning of each CFL season presents problems for sportsbooks. They don’t have much in the way of information to use when setting their betting lines. That puts CFL football bettors at an advantage.

Teams getting points early in the CFL season have produced winners. Since 2005, underdogs won 53.9 percent of the time against the spread. If you break that down to just the months of June and July – early season – the underdogs ATS record is even better.

You can find the best underdog moneyline odds at America’s Bookie.

Betting on the CFL – Factors to Examine

Because of its location, Canada sees cooler temperatures and more severe weather earlier than in the U.S. Weather can play a huge role in late-season games in the CFL.

Only one of the nine franchises – British Columbia – has an indoor stadium that takes the elements out of the betting equation. Teams playing late September and October will frequently play in cold, rainy conditions and even in snow.

Of all the elements, wind is the biggest influencer on the play of both teams. Wind especially affects the passing game and the kicking game. Be sure to weigh that into handicapping a CFL game later in the season.

Pay close attention to how teams perform on special teams. It’s much more important than the NFL. In Canada, there is no fair-catch on punts. All are returned. As a result, CFL teams average nearly five punt returns per game while NFL teams average roughly 1.5.

When handicapping, pay attention to the teams that excel on special teams whether that is in the return game or on the other side of the ball in stopping the return game.